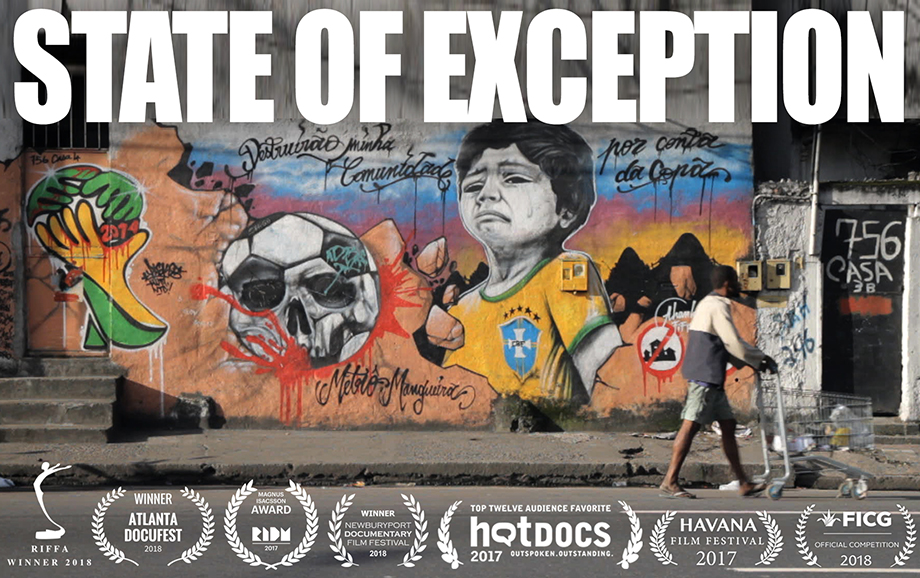 As Rio de Janeiro prepares to host the 2014 FIFA World Cup and 2016 Olympics, a community of self-described “urban Indians” are threatened with forced eviction to make way for a stadium named after the original Indigenous inhabitants of the territory. As the mega-events begin threatening a number of other communities with displacement, residents unite to fight back in defense of their constitutional rights, temporarily suspended under a “state of exception”.

Visit the official State of Exception website for more details. 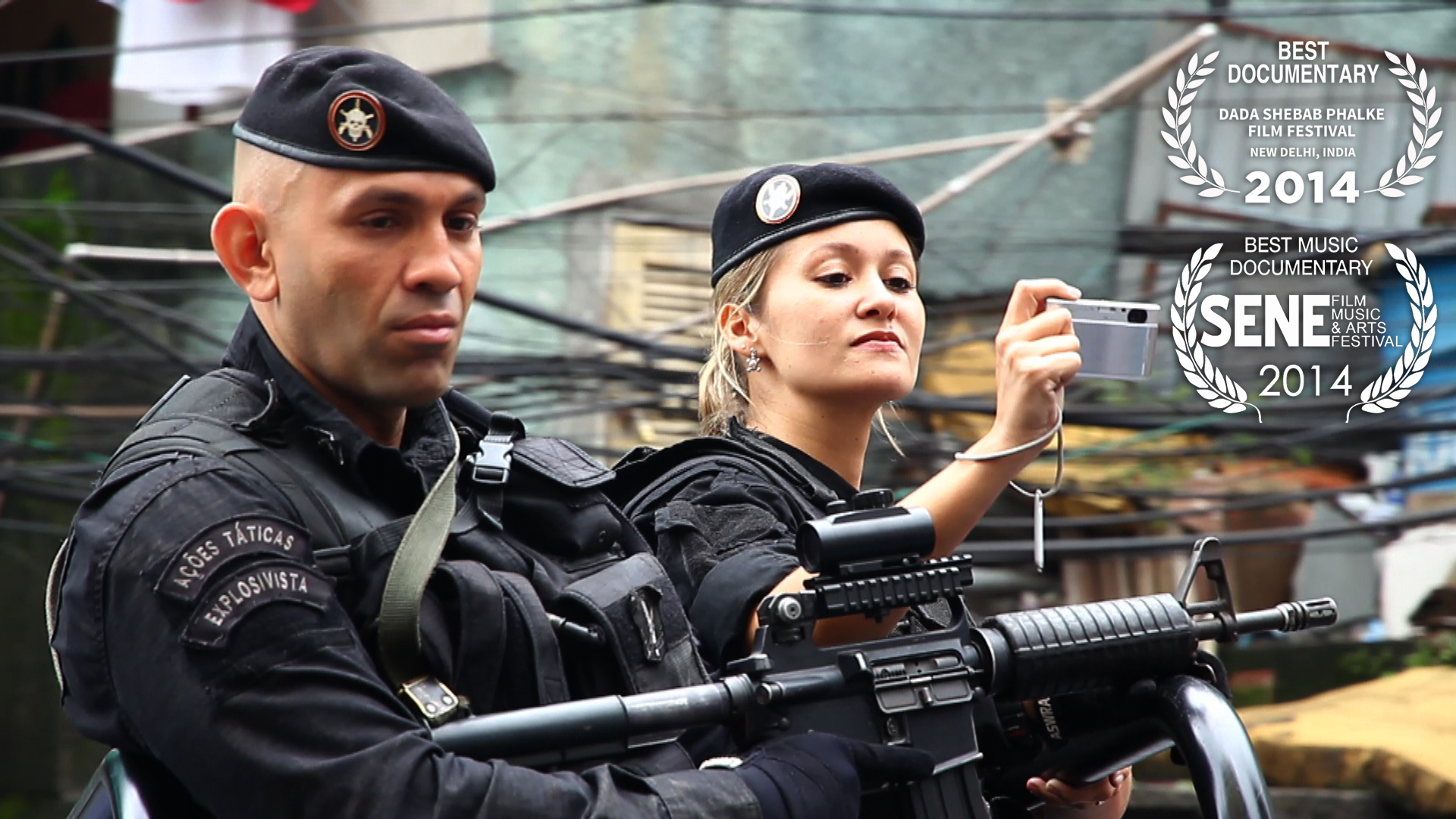 Rio de Janeiro introduces a controversial policing program (UPP) in the favelas. The Police murder two young boys in cold blood, another officer protests, disappears, and is found murdered hours later. Artists in the communities resist against police brutality and social exclusion through their music and performance art, questioning the rhetoric of pacification and to what extent the UPPs are intensifying the criminalization of poverty.

Visit the official Rhythms of Resistance website for more details. 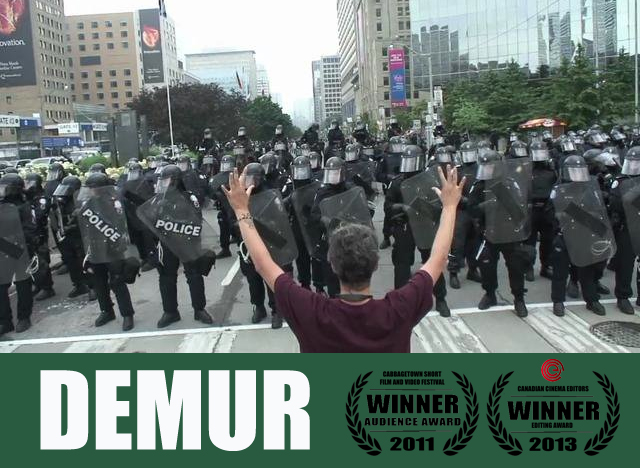